This excellent piece by KGUN9 tells a good story about the Blenman Inn today and how it came to be. Margo and Rob Caylor are the owners of the inn and have preserved its historic character while offering comfortable accommodations to the traveling public. Margo is an accomplished amateur historian and has filled in many details of the house's history and its most significant residents. I've had the pleasure of touring the inn and it is even more appealing in person.

You can view the video by clicking below:

TUCSON, Ariz. — It's one of Tucson's most opulent mansions that most Tucsonans don't even know exists. Just south of downtown, right near armory park, you'll find the Blenman Inn. Its stunning beauty and 143-year history make it Absolutely Arizona.

"It's like a time machine when you come in the front door. You're instantly transported in a way back to the 1870s, early 1880s here in Tucson," said owner Margo Caylor. "We feel very honored and entrusted to preserving this history."
Margo has owned the Blenman Inn with her husband Rob for the past year and a half. The Inn sits in the shadow of Tucson's downtown but immediately transports visitors back in time with beauty and charm.

"It's on a very quiet street. It's understated outside for a reason" Rob said. "But obviously when you go inside it just takes you back in time and it's just a gem." 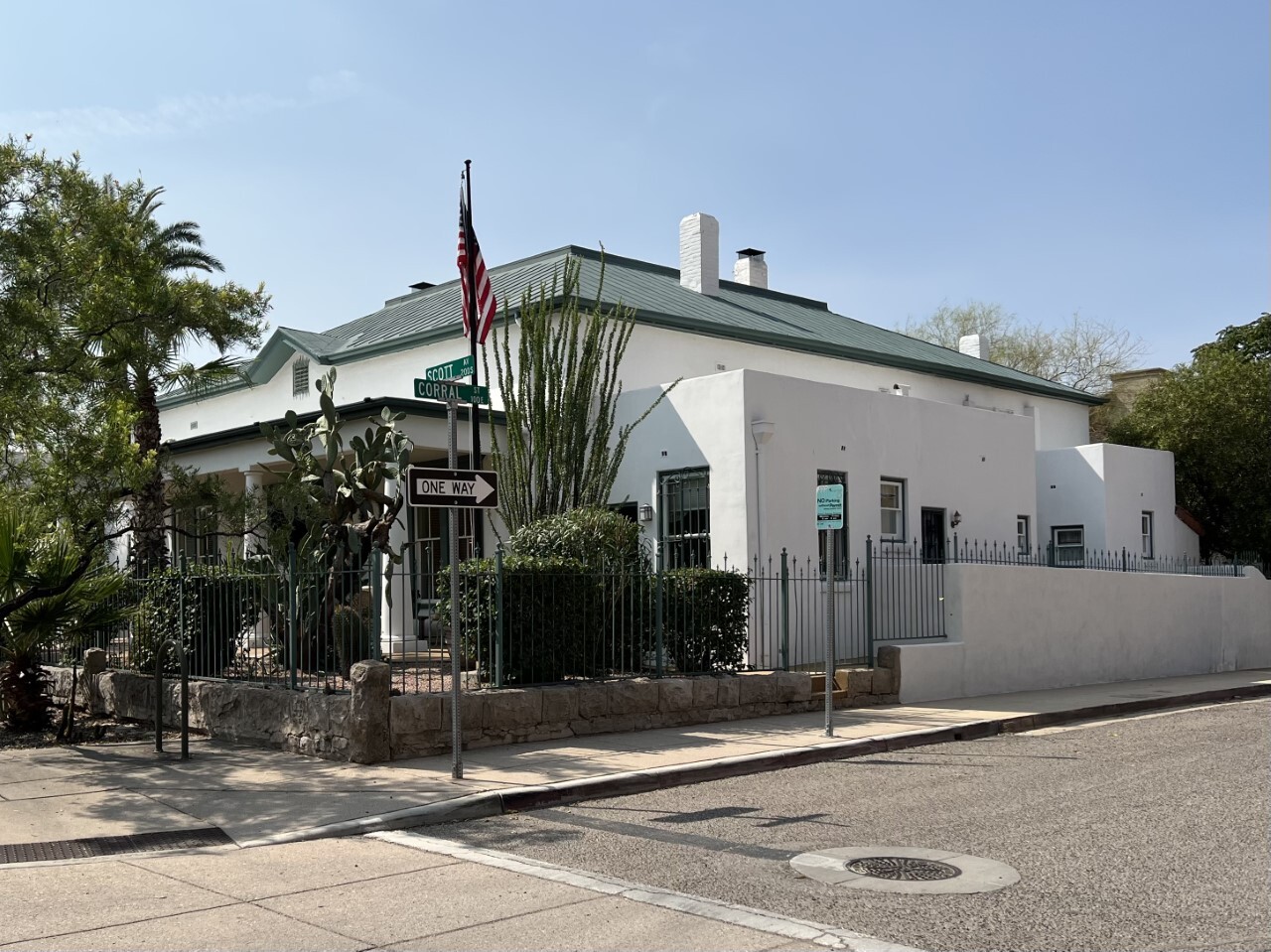 To appreciate the Blenman Inn, one of Arizona's oldest homes, you have to understand its history. After serving as an officer in the U.S. Army during the Civil War, Charles Rivers Drake decided to build a mansion in Tucson.

"He was evidently a descendant of Sir Francis Drake and he had traveled the world I'm sure," Margo said.

In 1878, Charles Rivers Drake bought a lot by the original Fort Lowell near downtown. He ordered the fir woodwork, hardware and two 200-pound leaded glass skylights. It was all shipped to Tucson from San Francisco by horse-drawn wagon. A builder himself, Rob Caylor is amazed at the journey the materials had to take, and the end result. 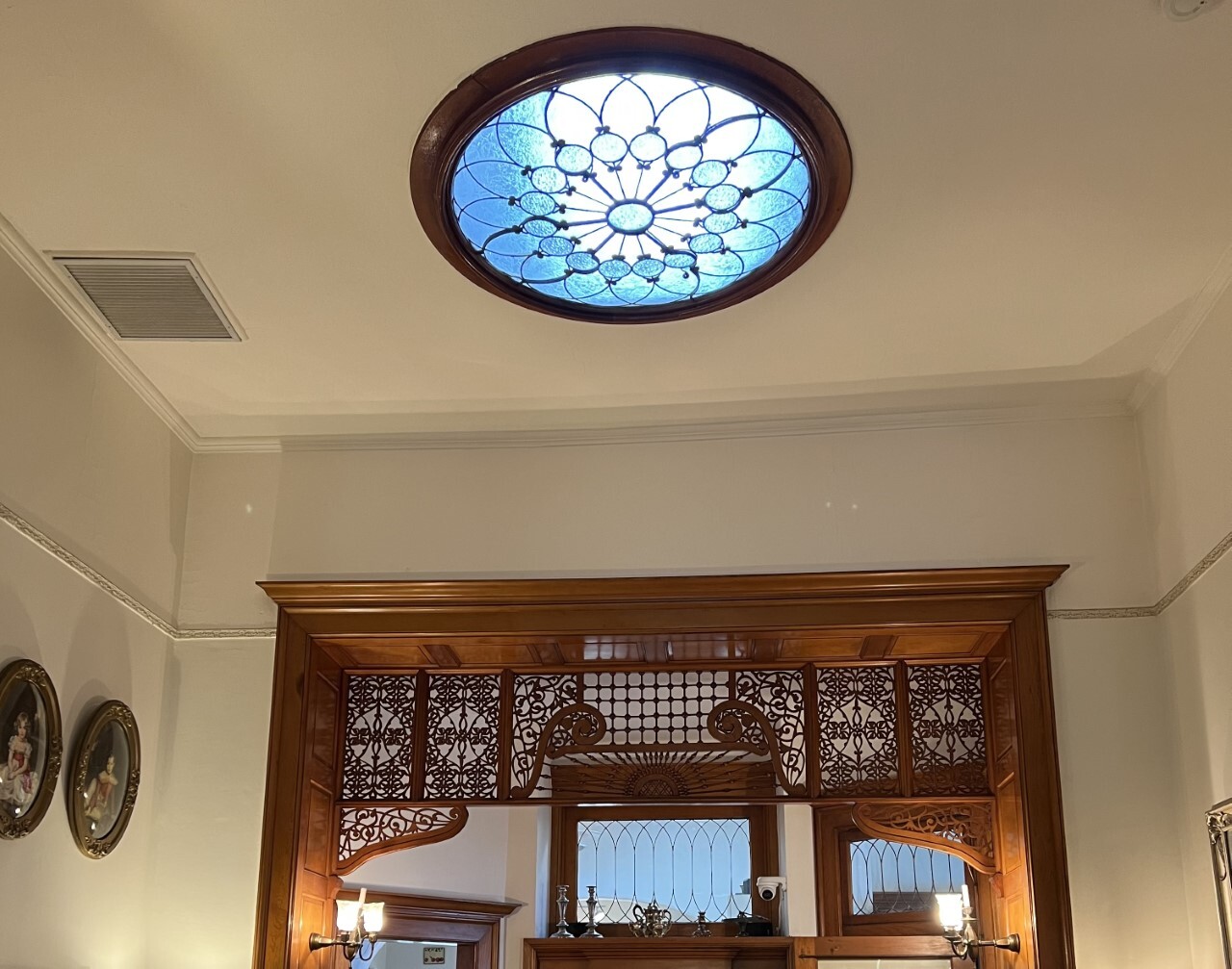 "I'm in awe of just the quality and the craftsmanship and the time and the talent that it took to create something," said Rob. "The harder part is to get all the material here."

Drake built the world's only San Francisco Victorian home made out of adobe. Its seven bedrooms were needed for his large family, as Margo found during her extensive research.

"We found a picture of his wife Agripina Arroyo Moreno, her children, at least three of what we believe to have been seven or eight children that they had.," Rob said. "I think that's the reason there's so many rooms here that he built initially."

In 1891, Drake sold the home to Charles Blenman, an English attorney who practiced law in Tucson for nearly 50 years. The Blenman family had two sons go to the U.S. Naval Academy, both became Admirals. Members of the Blenman family lived in the mansion until the early 1990s.

"It was a home to the Blenman's for over 100 years. That's why we kept the name the Blenman Inn," Margo explained.

You'll often find Margo Caylor doing research on the Drake and Blenman families at the Arizona Historical Society, making for a strong connection to the past. 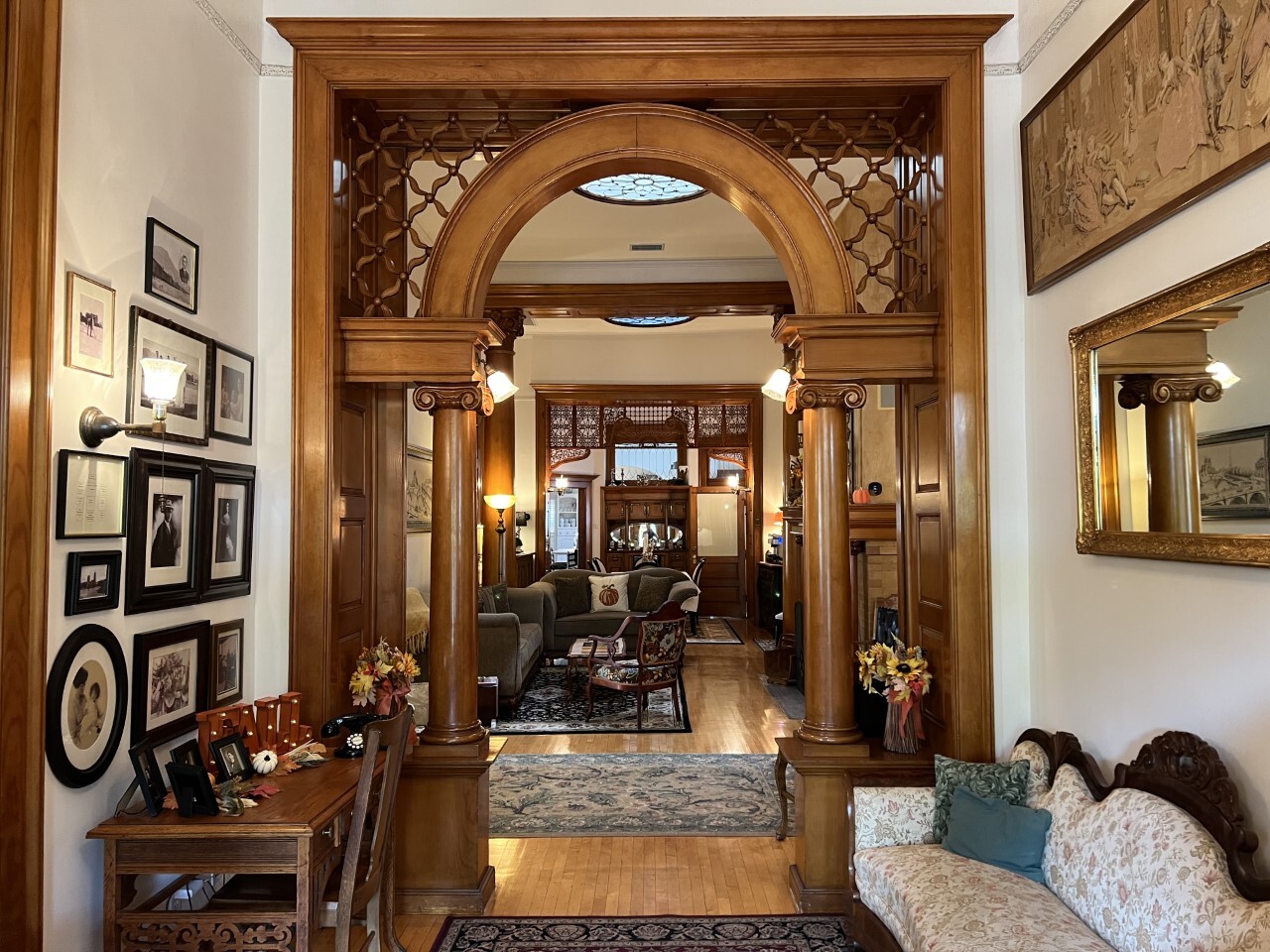 "I think the personalization when you're sitting there holding a document know that this gentleman, who had so much to do with the early building of Tucson, was holding," she said.

That emotional connection carries throughout the mansion for the current owners. They proudly show off the four suites and three standard rooms -- all perfectly appointed to transport you back to the late 19th century. That includes the lighting.

"These light fixtures are the original light fixtures. It would have gone from candle, we're told, to gas and then to electric," Margo said.

Also in the living room, those amazing leaded glass skylights were brought to Tucson by wagon. An unexpected treasure inside the Blenman Inn.

The Caylor's say the inn business is good right now especially as things open back up.

If you want to go to the KGUN9 website to see the recording and script, click here: https://www.kgun9.com/absolutely-az/mansion-near-armory-park-remains-absolutely-arizona-after-143-years

at October 12, 2021
Email ThisBlogThis!Share to TwitterShare to FacebookShare to Pinterest
Labels: Achitecture, History