Controversial Use of Public Spaces

We may think debates about the use of public spaces is only a current concern (think Children's Museum). History tells us that this has been a long term concern that surfaces from time to time. The Arizona Daily Star of January 7, 1926 (ten pages, 5 cents a copy) contained the following:

Contention that the proposed creation of a recreation park out of Armory park will result in irreparable damage to the park by the destruction of large trees and palms and the erection of unsightly structures in the park is set forth In a suit filed at 2 o'clock yesterday afternoon against the city of Tucson and Mayor John IL White by Francis M. Hartman and Mae B. Hartman in which they seek an order from the superior court restraining the city from carrying out the proposed plan.

Read more »
at September 06, 2021 No comments:
Email ThisBlogThis!Share to TwitterShare to FacebookShare to Pinterest
Labels: History

Most Armory Park streets are designated with numbers but there are four with names that have a connection to early residents of Tucson. I was unable to find the namesakes of Bean and Russell Avenues. If you come across something about them, please let me know.

Read more »
at September 05, 2021 No comments:
Email ThisBlogThis!Share to TwitterShare to FacebookShare to Pinterest
Labels: History

The City has been involved in historic preservation since the middle 1970 so there are resources available from the City's web pages. One such resource is a PDF titled Tucson's Historic Neighborhoods. Armory Park is but one of the many such neighborhoods. You might find it interesting to learn more about the others. For me, the descriptions and drawings of the various styles of residential architecture is more interesting. You can find information on both subjects at this link: https://drive.google.com/file/d/1I6ukZWMIctpYXwkcmZCNDkuEpYoioYU_/view?usp=sharing.

Read more »
at September 04, 2021 No comments:
Email ThisBlogThis!Share to TwitterShare to FacebookShare to Pinterest
Labels: Achitecture 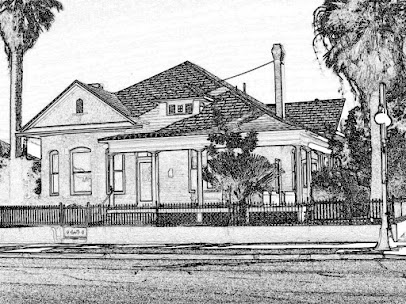 One of Armory Park's historic gems has been on the market for a while now. The McGinty-Laos house at the corner of 4th Avenue and 17th Street was featured in the Armory Park 74ff study which led to creation of our Historic Preservation Zone. It is a late 1800s bungalow with a large family room addition at the rear. It is set on one of the few full-depth lots spanning from 4th Avenue to Railroad Avenue. The main house has two bedrooms and there is another in a structure at the rear of the lot. You can see marketing details on Zillow at https://www.zillow.com/homedetails/647-S-4th-Ave-Tucson-AZ-85701/8484203_zpid/.
Read more »
at September 02, 2021 No comments:
Email ThisBlogThis!Share to TwitterShare to FacebookShare to Pinterest
Labels: General

History for the rich only?

Some things seem never to change. This 1977 article addresses some of the issues we still talk about today, gentrification, affordable housing, preserving historic structures, crime and more. I'll continue after the newspaper article. . .

Read more »
at September 01, 2021 No comments:
Email ThisBlogThis!Share to TwitterShare to FacebookShare to Pinterest
Labels: History

There is a wealth of history in the archives of Tucson's two main newspapers. The Citizen is now gone but its archives are kept by the Arizona Daily Star and are available from Newspapers.com by subscription.
A previous post talked about Connie Weinzapfel as a railroad man who lived in Armory Park. This clipping outlines his historic interest and service to historic preservation in Armory Park.
Read more »
at August 31, 2021 No comments:
Email ThisBlogThis!Share to TwitterShare to FacebookShare to Pinterest
Labels: History


The Southern Pacific Railroad and railroad people built early Armory Park. I've been searching for history of the company and people who gave our neighborhood its start.
The following paragraphs were extracted from a 2001 article in the Tucson Weekly. The subjects were Connie Weinzapfel and engine #1673, now located at the downtown train depot. If you want to read the entire article, click here: The Engine and the Engineer.
Connie Weinzapfel was born into a railroad family. His father, Michael Charles, or M.C., worked for the Illinois Central railroad company for seven years before moving west in 1911 for his wife's health. Over the next 39 years he would be both a fireman and engineer for Southern Pacific.
Read more »
at August 30, 2021 No comments:
Email ThisBlogThis!Share to TwitterShare to FacebookShare to Pinterest
Labels: History
Newer Posts Older Posts Home
Subscribe to: Posts (Atom)