There is a wealth of history in the archives of Tucson's two main newspapers. The Citizen is now gone but its archives are kept by the Arizona Daily Star and are available from Newspapers.com by subscription.
A previous post talked about Connie Weinzapfel as a railroad man who lived in Armory Park. This clipping outlines his historic interest and service to historic preservation in Armory Park.
Unfortunately the clipping couldn't be read by my OCR software so you can try to read the image. zooming and scrolling may be necessary. A click on the image may make it more readable. 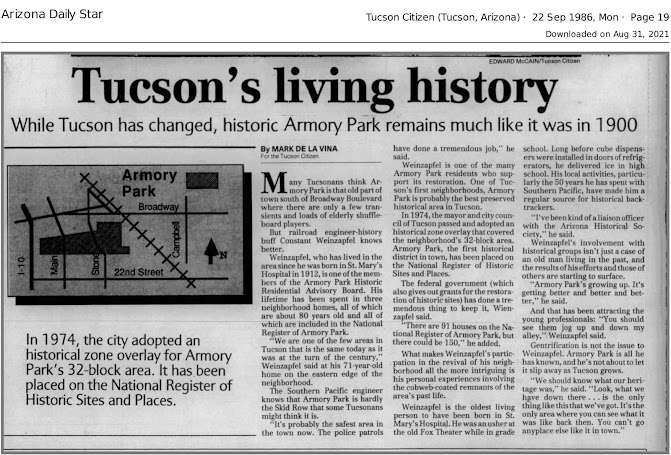 In case you have difficulty reading the article image, here are a few points expressed:

at August 31, 2021
Email ThisBlogThis!Share to TwitterShare to FacebookShare to Pinterest
Labels: History